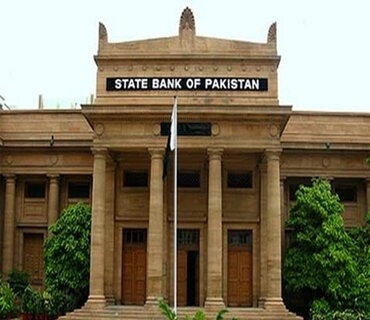 State Bank is urging banks to use alternate methods to identify income sources and assess credit worthiness of the borrower. Banks have been exempted from the requirement of using ‘verifiable income’ for the purpose of calculating Debt Burden Ratio (DBR). In case of low cost housing finance, where banks are using income proxies and where income of borrower is not verifiable. The State Bank of Pakistan is constantly creating a regulatory framework to facilitate the funding of housing and development. This is a vital sector with major economic connections with other sectors of the economy, and the current level of credit provision in this sector is at a very low level of less than 1% of GDP, which is much lower than in other comparable countries and in the region. SBP has already announced five regulatory relaxations to enable banks to fund low-cost and affordable housing in order to promote the supply of funding to this sector and in particular, to facilitate affordable housing. Next the definition of low cost housing finance used in the current bank regulations has been matched with the definition used in Tiers I & II of housing finance under the Government Markup Subsidy Facility for Housing Finance.  Specifically, the amount of the housing unit was raised from Rs 3 million to Rs 3.5 million in the SBP rules, with the overall size of the loan increased from Rs 2.7 million to Rs 3.15 million. As a result, the opportunity for low-cost housing financing will improve for banks as they will not only be able to enjoy the government’s mark-up subsidy facility, but also the regulatory benefits under SBP’s low-cost housing finance. Banks have been allowed to extend housing finance for purchase/construction of a residential property. It is expected that the above incentives would provide further impetus to SBP’s on-going efforts to accelerate housing and construction finance in Pakistan.

Banks have been allowed to extend housing finance for the purchase/construction of a Residential Property. Borrowers who have liquid securities or already have a housing unit can qualify.