Rs309mn worth of development work started in sector E-12 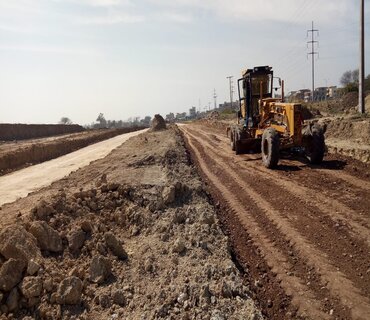 Rs309mn worth of development work started in sector E-12

The CDA has always been very popular in Islamabad for its excellent planning and growth. Islamabad is Pakistan’s capital and has been subdivided into five zones. Islamabad’s borders have been expanding into zone 2 and zone 5. There are several sectors that are under development phase, and E-12 Islamabad is one of them. Sector E-12, Islamabad was acquired in 1985 and launched in 1989 but its development was still a dream. The first PC-1 of sector E-12 worth Rs847 million was approved in 1988 but development work could not start due to issues relating to affected people. Last time, aPC-1 OF Rs6,630 billion was approved by the Capital Development Authority (CDA). Now CDA intends to award contract for development of sub sectors 2 and 3 whereas CDA have so far no planning to take over possession and develop sub sectors 1 and 4. The Authority has issued floating tenders for development work, after which approval for an estimate will be sought for sub-sectors E-12/1 and E-12/4. Work on the development of road infrastructure, including road networks and road works, and water supply and sewerage systems in sub-sectors E-12/2 and E-12/3 has been initiated by the relevant departments. Work has also begun on the service road north of E-12/2 and is expected to be finished before May 2021. In this regard, the Authority has opened technical tenders to invite contractors. The Authority also reported on the receipt of applications by construction companies for the creation of sector E-12 and its sub-sectors. Work to build road networks, sewerage systems and other critical facilities will be awarded to the finalized company.