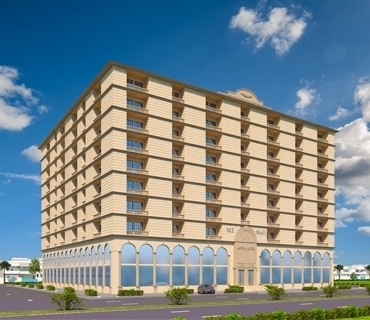 Since Pakistan is relatively small but one of the most populated, due to a number of aspects including its geographic location, it is a special country on the world map. It’s called home by nearly 200 million people. Despite changes in government and the overwhelming demands of policymakers for progress and development, many are homeless. To order to boost the economy, real estate plays a fundamental role. Home investment not only offers living accommodation but is also Pakistani’s main source of wealth and savings.

You need to hear from people all around to invest in real estate regardless of what it takes just because this investment will always help you profit. False! I saw a number of failed property investors who purchased but finally sold properties or plots. Why does it happen? They did not have a strong financial base or believed in strategy.

Pakistan has become economically an attractive country, but due to a lack of investors’ protection laws and ambiguity about the legal and orderly situation in the country, Pakistan’s investment in the real estate sector is losing interest quickly.

Yet there is hardly any focus by the government on this sector and it allocates minimum budgets for buildings and housing every year, due to the increasing population and the fast migration to major cities. Finally, private developers take on the task of founding residential companies to meet the demand for housing. Although the government makes a lot of money in the form of taxes and duties from Pakistan’s real estate sector, it spends money on growth in this sector.

In the light of the law and order, private developers have chosen few major towns and semi-urban districts to create private residential communities, while they manage other security issues. With regard to the development of the property, without the remarkable DHA and Bahria Town, the real estate advancement chapter remains incomplete.

Bahria Town is Pakistan’s largest property development, which also introduces a new concept of fenced housing societies. Bahria Town is Pakistan’s first resident company to carry out the idea of no load-shedding and security to its residents. Following their idea, new developers in their new residential communities now usually offer the same features.
The DHA, which runs by Pakistan’s Armed Forces and is primarily building accommodation for officers and retired military officers, is another magnificent real estate project. Unlike Bahria City, DHA is also distributed to all of Pakistan’s major cities.

Both of these and few other high-end residential developments like Capital Smart City boost Pakistan’s immobilized growth Nevertheless, relentless efforts by public authorities to prosper well, to make more economic contribution and to capture more of the country’s Economy are needed if the real estate sectors are to be strengthened.

Qazi Investments is a Global Real Estate & Marketing firm that specializes in Pakistani Real Estate. We are a global market leader in Non-Resident Pakistani Market. Qazi Investments takes pride to serve their customers with reliable real estate projects from Pakistan. We won numbers of recognition in our short history which is as follows: