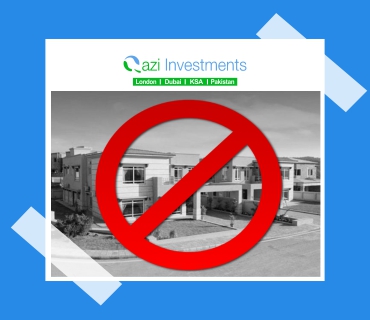 The Lahore Development Authority (LDA) has formulated a committee to trace illegal housing societies in the provincial capital and has reported it to the Lahore High Court (LHC). A total of 62 housing societies have been reported as breaching legislation, although the Greenbelts laws are in violation of 241 societies. An LDA lawyer told the court that 62 housing societies have so far been found to be involved in breaching the authority’s regulations. At least 241 communities were found to be active in breaching greenbelts. Chief Justice Muhammad Qasim Khan has heard a petition against the development of green-land and green-belt housing schemes. The chief justice observed that illegal communities had been established in the City due to the inefficiency of the LDA and now millions of people lived there. He also wondered how basic facilities of gas and electricity had been given to these illegal communities. Chief Justice Khan regretted that the LDA’s budget was in the billions of rupees, but it had zero results. The counsel for the LDA sought time to present a detailed report on the actions being taken against illegal housing societies. The CJ given the time and also advised the LDA to learn about the fate of houses built in illegal communities. That hearing was adjourned until 18 January.