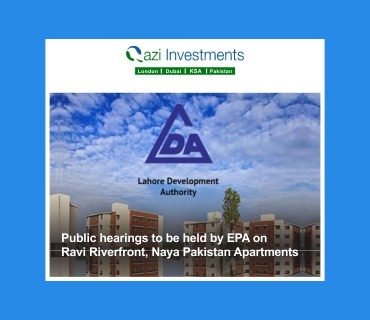 Since 2020, the priority of both the Lahore Development Authority (LDA) and the Punjab Government has remained on the LDA City Naya Pakistan Apartments. The initiative, which is consistent with the plans of the incumbent executive to provide five million affordable homes during its five year term, has been given high priority even by Prime Minister Imran Khan himself. Initially, the government of the group organization had announced the formation of 10,000 condo units on 2,000 kanals. Despite changes in plans, the chief extended the inspection to 35,000 units. As shown by the information uncovered, in the next three years, more than 8,500 kanals of land will be constructed inside these lofts. In addition, specialists are trying to acquire 4,000 kanals in Mouza Halloki. The government has reserved Rs. 196 billion to fund this eager project, out of which Rs. 153 billion will be used for apartment development, Rs. 9.5 billion for street development, Rs. 3.5 billion for sewerage operation, and Rs. 2.5 billion for land security. In the first phase of the project, 4,000 apartments will be developed over an area of 800 kanals in Mouza Halloki. 125 blocks of ground plus three-story apartments will be built by the Executive, each planned to house 32 units. For Rs. 10 billion, these apartments will be constructed, while another Rs. 10 billion will be spent on the establishment of facilities such as mosques, highways, water supply and sewerage networks, sidewalks, water treatment plants and other basic utilities. LDA staff, other public servants, as well as members of the general public, will be given these apartments. The buyers pay 10% of the total cost as down payment, while the banks loan amount would be moved to an escrow account, as high as 80% of the total cost. In addition, the LDA sought approval for an allocation process for the LDA City Naya Pakistan Apartments project on January 27.