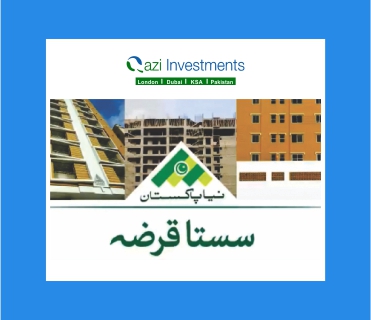 There is good news as the Lahore Development Authority (LDA) has finally succeeded in reducing the cost of a 650 sqft single-story housing unit from over Rs3.855 million to Rs2.224 million in the first phase of LDA’s Naya Pakistan Housing Scheme in Lahore. Under phase-1, the LDA aims for its employees to build 4,000 housing units. In other phases of the project, thousands of more identical units have been planned to be built. A revised PC-1 worth Rs9.917 billion has also been approved by the Authority. The housing units were intended to be built over a piece of land falling into the LDA City housing scheme, it will have a great impact on nearby housing societies like Zaamin City Lahore. PC-I was initially prepared on the basis of the market rate framework for the scheme amounting to Rs192.480. The Authority was responsible for planning PC-Il for a project approved by the LDA Authority. But DWP unanimously recommended the Construction of the LDA City Naya Pakistan Apartments project at Plinth Area Rates amounting to Rs226.84 billion for approval at its meeting. The Rs226.84 billion PC-l was put before the LDA Authority/Governing Body for approval. The Authority solely designed the infrastructure and submitted the PC-I for the infrastructure to be built by the LDA at the next meeting of the DWP. The PC-I of the phase-l of the scheme comprising 4,000 units, amounting to Rs10.375 billion, was framed after completion of the project’s technical/design requirements. The PC-I of Rs10.375 billion was proposed at the DWP meeting held on November 11, which further recommended that it be reduced to Rs9.817 billion. And it was eventually accepted.