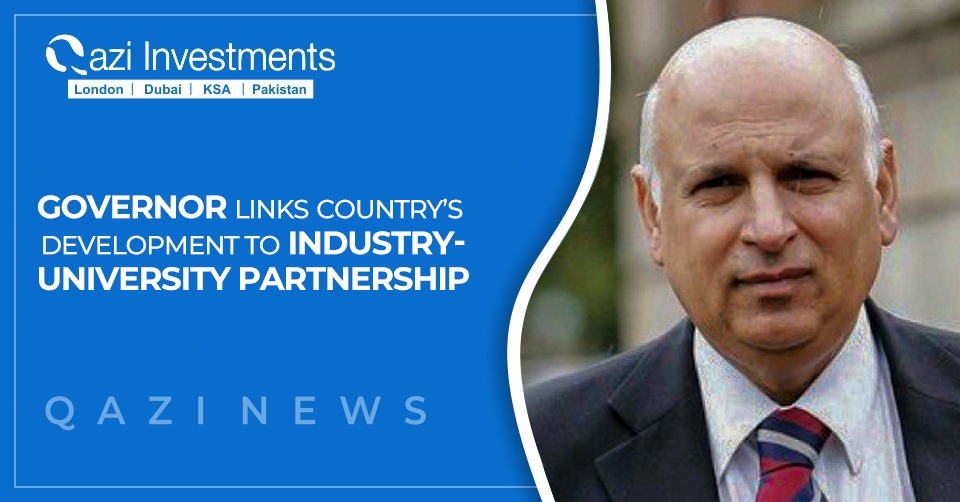 LAHORE – Punjab Governor Chaudhry Mohammad Sarwar on Wednesday emphasised on developing link between industry and universities. Addressing the 76th Convention of Pakistan Engineering Council (PEC) here and later talking to the media, he said that engineering universities should focus more on providing quality, modern education as per market requirements. In order to move forward successfully in all sectors, he said that it was necessary to focus on research and for that the federal and provincial governments have to increase the budget. “Due to lack of research, we have to face problems in the agricultural sector including cotton. There is a need to create admissions and employment opportunities for people with disabilities and women in the engineering sector. We pinned high hope on Engineers,” he added.

He said that engineers had an important role to play in the development of the country in various fields including construction, nuclear engineering, information technology and environment. He said that engineering was the profession that builds nations, adding that Pakistani engineers had made the country famous all over the world. He said that engineers were performing services in various fields including defense and construction. Punjab Governor Chaudhry Mohammad Sarwar said that if we looked at the developed and economically successful countries, it was clear that their success was due to the mutual efforts of the public-private partnership and the tremendous advances in science, technology and artificial intelligence, adding that they were investing heavily in research and innovation.

Governor said that Pakistan Engineering Council had to focus on solving the problems of engineers. He underlined the need to connect engineering universities with the industry as there was a need to produce engineers according to market needs.

He said that the focus should be on engineering education in line with international standards so that Pakistani engineers could play a significant role in the development of the country. Skilled people, doctors, and engineers should prioritize the opportunities available in the country, he added.