CPEC and its impact on the Real Estate Industry 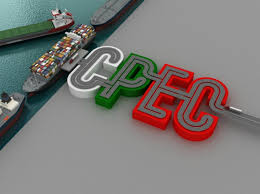 CPEC and its impact on the Real Estate Industry

China-Pakistan Economic Corridor is a framework of regional connectivity. CPEC will not only benefit China and Pakistan but will have positive impact on Iran, Afghanistan, India, Central Asian Republic, and the region. In so many parts of Pakistan, CPEC has undoubtedly changed people’s lives. CPEC will bring about a revolution once it is done. The geographical links can be enhanced by improved road, rail and air transport systems by regular and free exchanges of growth and interactions among people. Though rich in mineral resources, so far Balochistan’s contribution to the economy of Pakistan has not been high. This has consequently affected its development. China-Pakistan Economic Corridor (CPEC) projects are being carried out at a competitive rate with other provinces in the least developed provinceof Balochistan. As regards CPEC, Balochistan is more relevant. China has always been in favor of the speedy completion in Balochistan of CPEC projects.

CPEC is flagship of China’s Belt and Road Initiative (BRI) that was officially launched in April 2015. Of 122 announced projects, a quarter (32 projects) have already been completed, or roughly $ 20 billion of the estimated $ 87 billion in funding. Balochistan has fared satisfactorily with 24 percent of announced projects complete to date. The second phase of CPEC promises to stimulate economic growth, with a focus on industrialization.The project will contribute to the development of whole province:

CPEC has also revolutionized the real estate industry. Owing to the immense success of CPEC, Pakistan’s real estate sector has effectively grabbed the attention of investors from all over the world who are keen to look for an investment opportunity. When the country’s economy will improve, the demand for housing would definitely rise and a huge part of the land would be required to fulfill this need. With more individuals being able to buy property, the real estate sector would flourish. The true impacts of CPEC on the real estate of Pakistan would be witnessed after 2020 when the road belt will be functional. That is why CPEC is called to be a game-changer for the entire region and real estate sector of Pakistan.