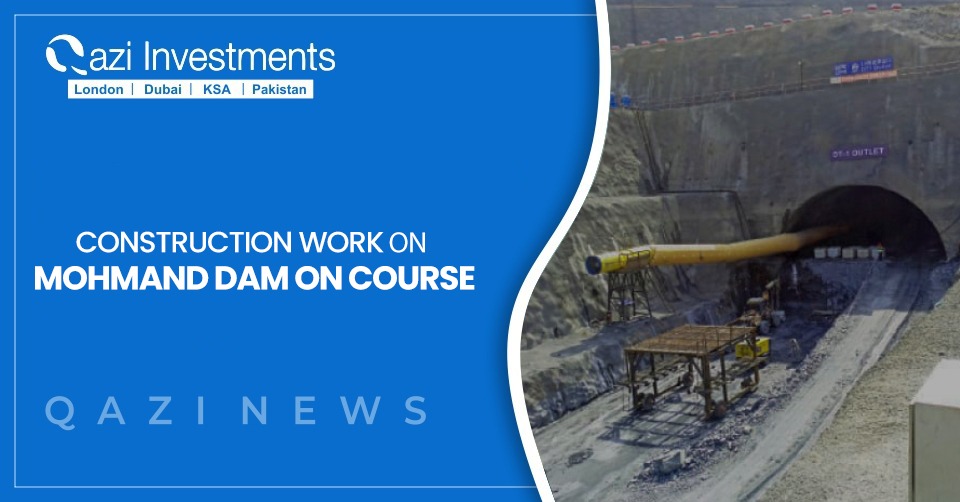 Islamabad: The construction work on Mohmand Dam is on track but the deadline for completing the two diversion tunnels has been extended by three months up to October 2022.

According to the news sources, due to the present condition of the new Covid variant the completion date of the Mohamad dam extended up to three months. They said tunnels were earlier scheduled to get completed by July 2022. And the Swat River will continue to flow through tunnels for 3-4 years till the completion of the dam portion. This is the fifth-highest dam in the world being built and once it is created, it will have a gross storage capacity of 1.293 MAF and live storage of 0.676 MAF.

While talking to the group of parliamentarians here on Wednesday Wapda Chairman Lt General (retd) Muzammil said, The Mohmand Dam is a multipurpose project that will produce numerous dividends, including the irrigation of 16,700 acres of new land apart from irrigating the existing 160,000 acres of land and production of 800MW electricity at Rs16 per unit. Additionally, 300 million gallons per day will be provided from the dam to Peshawar.

During the briefing of the project, He said that the first unit of 200MW will come on stream by December 2025. However, the remaining three units of 600 MW will be functional in 2026 during flood season.

He added that, right now at 13 sites, the construction work is in full swing with dual shifts. The irrigation system will also be built and functional by June 2025 with annual benefits of Rs2.23 billion. He also said that cities like Charsadda, Peshawar, and Nowshera will be set aside from the flood because of Mohmand Dam, knowing the bitter fact that in 2010 catastrophic flood hit KPK and the annual benefits in terms of flood mitigation has been estimated at Rs1.467 billion. More significantly, the project will also deliver Rs2.86 billion units of cheap yet environment-friendly electricity to the national grid every year providing an annual revenue of Rs45.76 billion. The dam will also provide as many as 6,100 jobs and so far, 2,968 local people have been absorbed and out of the 400 people are being given skills, enabling them to earn more and this process will continue.

After the briefing, the delegates were taken to various sites and shown the pace of ongoing construction work on diversion tunnels. The delegation was also briefed about the construction of spillways. The parliamentarians were of the view that after 50 years, a huge project is being built up.