Construction of Motorways to start soon 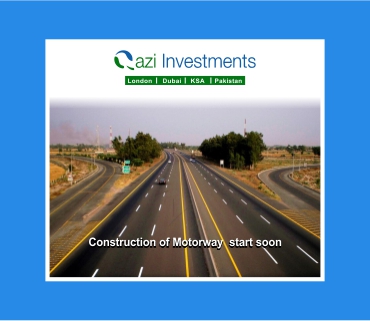 Construction of Motorways to start soon

Communication Minister Murad Saeed said the construction of new motorways and roads will soon start across the country. Speaking at a ceremony in the federal capital on Sunday, the minister said that in these backward areas, mega projects are being developed to make the local population prosperous, while the government will initiate more development initiatives in those areas. The government was working to introduce more changes to the structure of the National Highway Authority (NHA), adding that new technology was being acquired in various departments to ensure transparency. In order to facilitate individuals, the minister said the incumbent government will initiate more development initiatives in backward and impoverished areas of the country. The construction of new highways and motorways will soon begin across the country. The minister said work on the Dir-Swat, D.I.Khan-Peshawar and Hyderbad-Sukkar Motorways will commence in April of this year. It was also said that mega road projects such as M-8, Khuzdar-Basima, Ratto Dero, CPEC Western Road and the Dara Adamkhel Project have also been launched. China Pakistan Economic Corridor (CPEC) Western Path, after completion, will bring prosperity to South Balochistan’s backward areas. The minister said that his ministry had achieved Rs 50 billion revenue target, adding that the revenue target would be increased to Rs 100 billion.